The weather in September has been dry and sunny with changing colours of Autumn beginning.  There was light and colour everywhere. Walking again from Bury to Icklingham I passed by the Seventh Day Adventist Church, looking great in green corrugated iron in the sunshine: 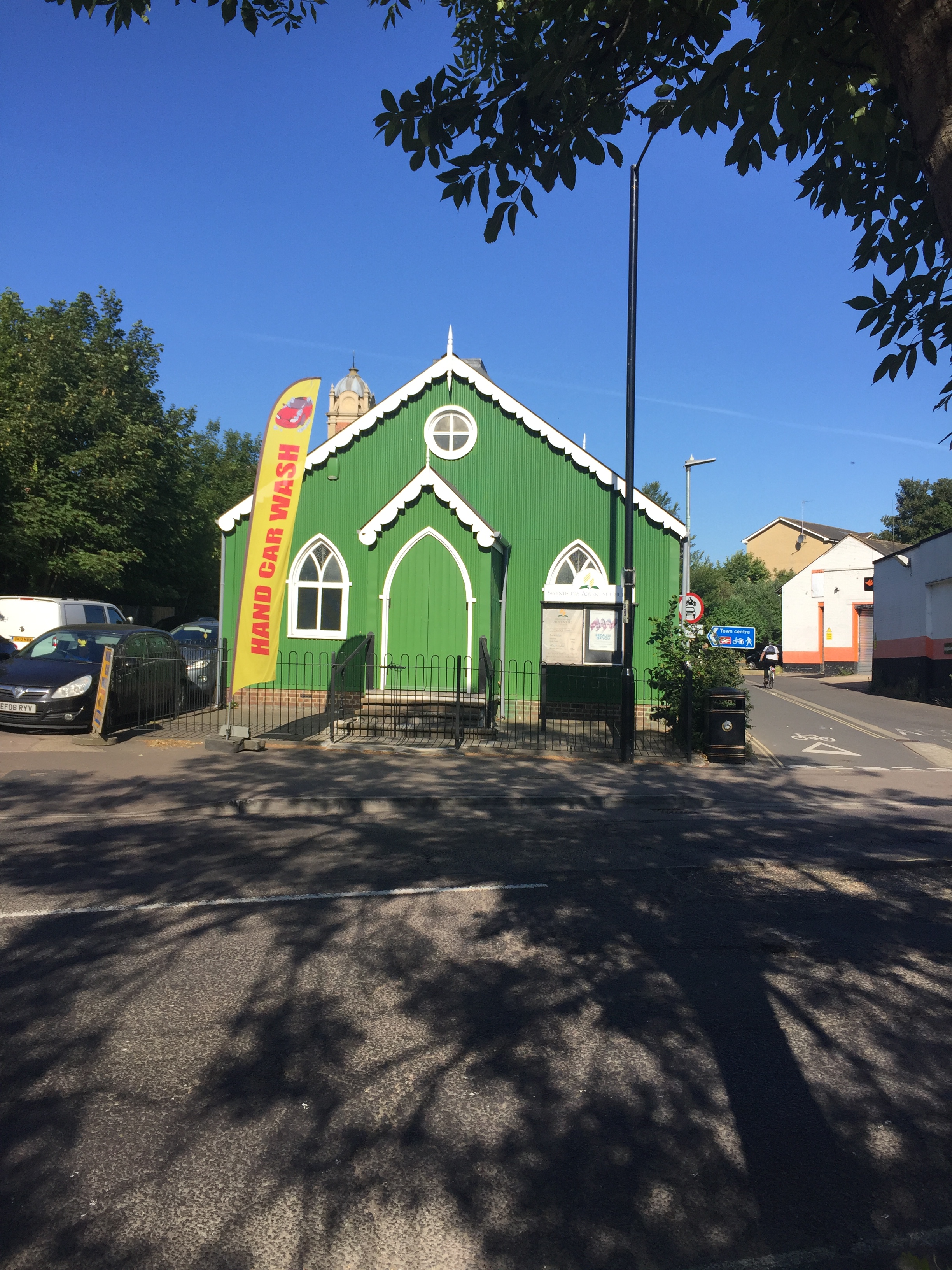 Over the A14 on the foot-bridge there was the start of the sugar-beet “Campaign” – a seasonal sign in Bury St Edmunds.  A  plume of vapour was rising, catching the morning light:

Walking along the Lark there were definite changes in the leaves with more yellows and reds amongst the green:

Reaching West Stow Church an elderly man was sitting outside enjoying the sunshine. Inside, the light filtered through the stained glass producing pools of colour in the seats.

The church was full of interesting detail. There are bell-ringing plaques in the bell-tower, one of which honoured Patricia Bailey in 1979 for being the “First Lady to achieve a Peal of Plain Bob Minor 5040 Changes” 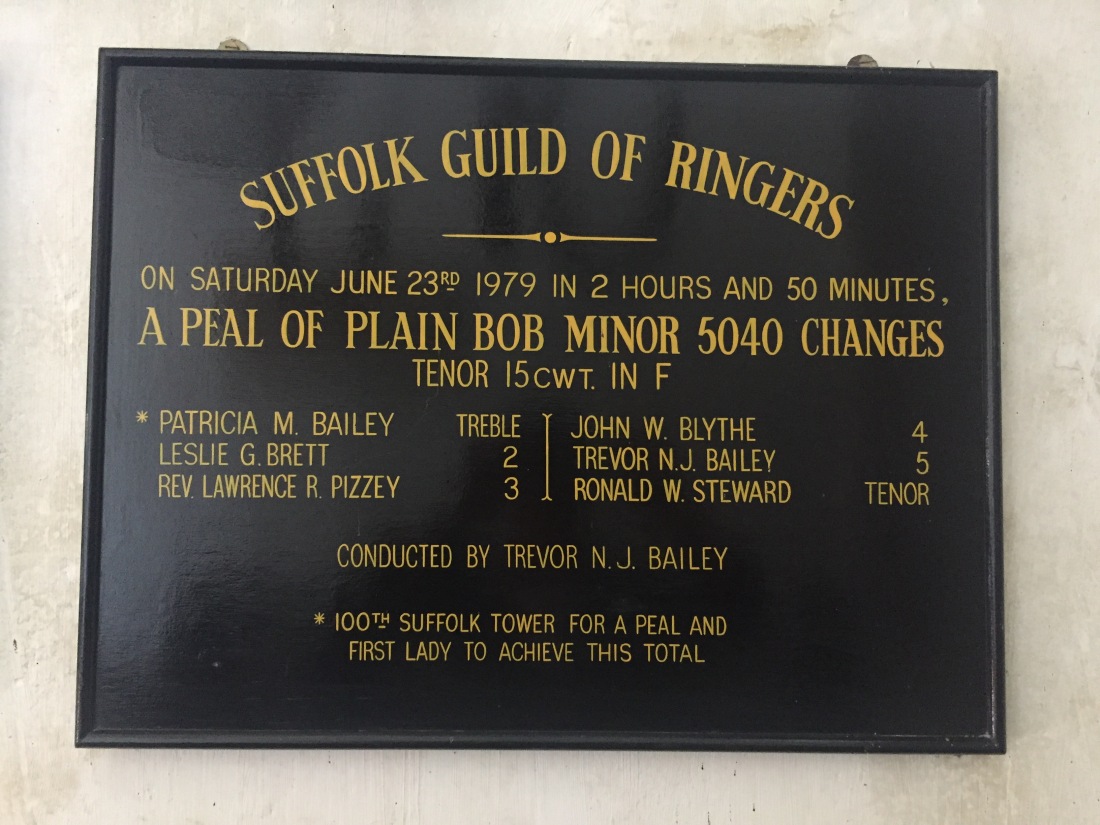 There was also a Table of Fees from 1891 offering a burial in a common grave for two shillings for the Rector and four shillings to the sexton. Behind it some ancient graffiti. 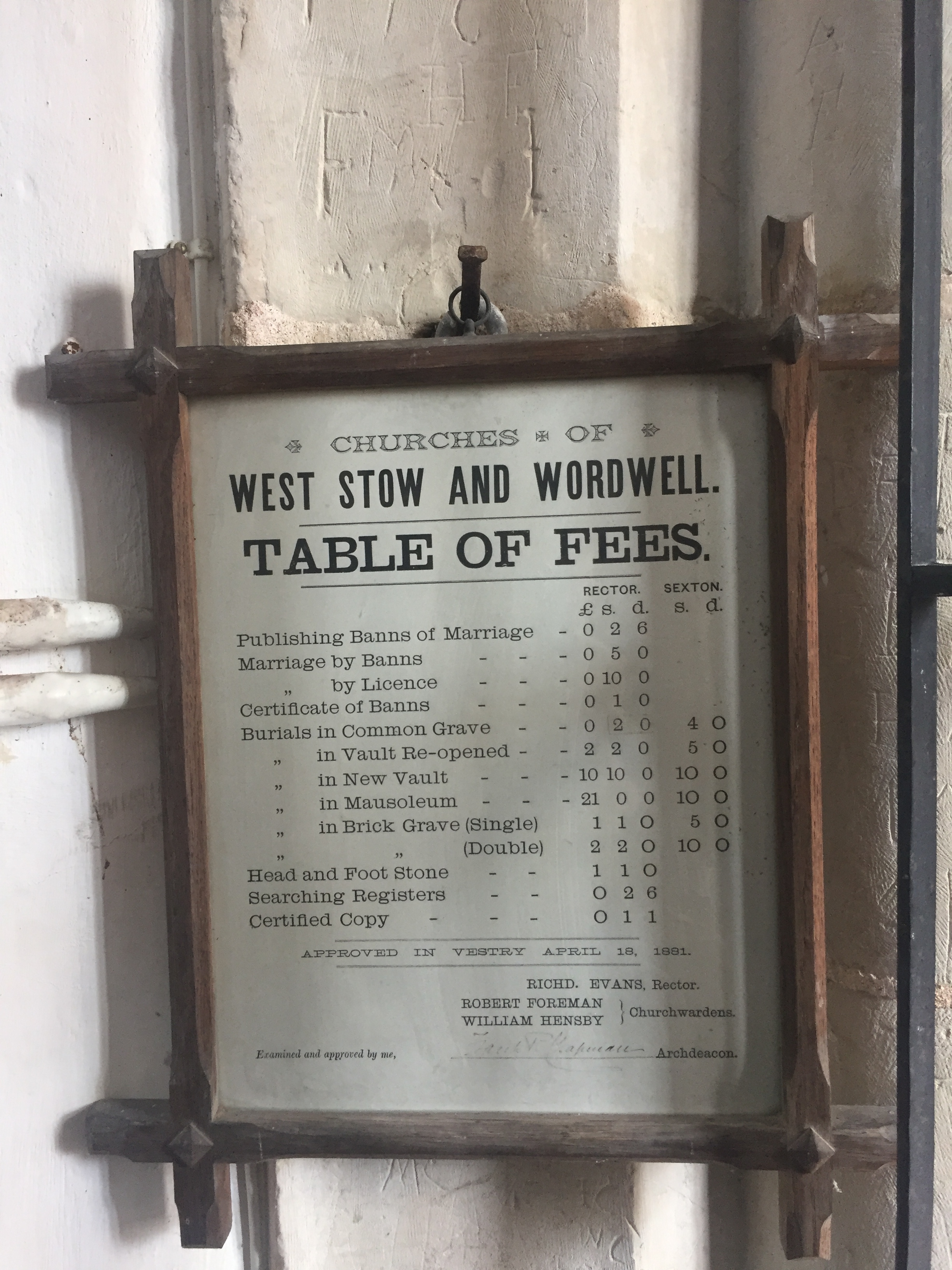 I walked on through West Stow Country Park and sat down in the sunshine on a bank to eat my lunch. I had brought some wax crayons with me to do some sketching, but alas had forgotten to bring any paper! The Brown paper bag containing my sandwich had to do:

Past the rows of Scots Pine along the Icknield Way towards Icklingham I stopped again to enjoy the character of the Scots Pines and use up the other side of the bag:

Reaching Icklingham I spent some time enjoying All Saints Church . This has not been used as a church for over a hundred years, but there is plenty to see inside and out. The church is supported by the Churches Conservation Trust, but is in need of attention; I have reported the hole in its thatched roof. Inside the South windows are full of medieval stained glass with saints under canopies in good condition. A large funeral cart occupies the South side of the nave.

The sun was getting low by this stage and lit up spiders’ webs lacing themselves between the pews- not a bad place for spiders, I suspect. 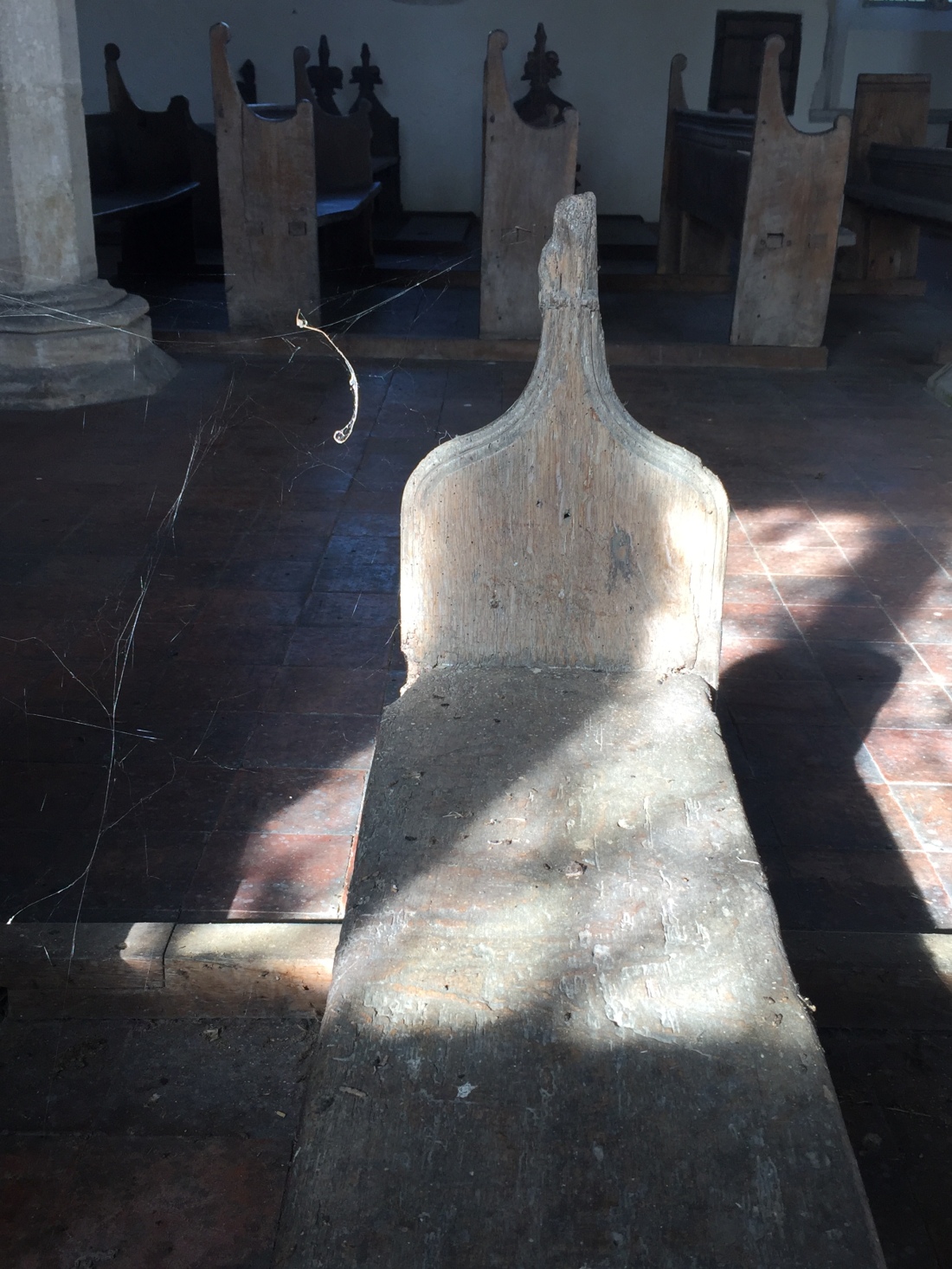 Things started to go wrong for me after that- I waited by the bus-stop for an hour and no bus came, despite the timetable saying it was due, then overdue. I then made the stupid decision to start walking back to Bury St Edmunds in case I was standing in the wrong place. Shortly after that not one, but two buses came past, and I knew I had missed the last one home. Fortunately I had arranged to meet friends in Bury and they very kindly came out and picked me up back at West Stow just as the light was fading.

Reflecting on this journey afterwards leaves me with a bittersweet sense of the end of summer, still so beautiful with so much colour and low sunshine; also the vulnerability of the precious places I have visited. I played with watercolours  trickling down the page and colour scales in oil paint in the manner of American abstract expressionists. Patrick Heron  took stripe paintings forward in the UK following the exhibition “Modern Art in the United States”  in the Tate Gallery in January 1956, showing Jackson Pollock, Willem de Kooning, Mark Rothko, Clifford Still, Franz Kline and others.  Writing about it for Arts(NY), in March 1956, he described  these painters as “the most vigorous movement ..since the war. If we feel that far more is suggested than is achieved, that in itself is a remarkable achievement”.

Writing later in the catalogue for his own exhibition in 1961, he concluded that “Painting has still a continent left to explore, in the direction of colour. Painting (un?)like science, cannot discover the same things twice over.”  I almost agree with him; Colour comes from light, and using colour in a synaesthetic way to describe beyond the representational invites more than one continent.